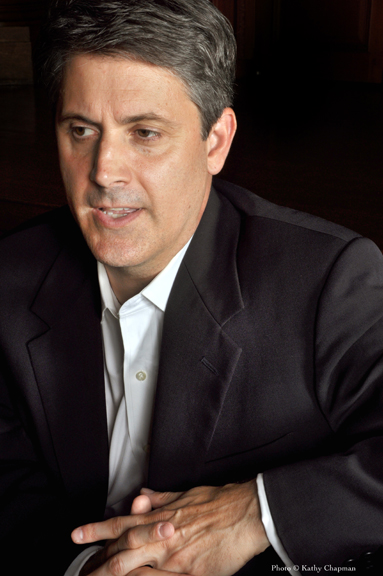 “Stephen Porter’s traversal of Debussy’s Preludes was an important concert. It certainly changed my relationship to this music, and I understand them as never before, thanks above all to his musical intelligence, his splendid playing, and his deep study of the composer and his scores.”
NEW YORK ARTS

“Porter’s playing of Schubert’s Piano Sonata in B-flat, one of Schubert’s last compositions, written while he was suffering the final stages of syphilis, was also a revelation. Infused with world-weariness and angst, the performance was disturbingly beautiful.”
“eloquent…the sound was pure magic”
EARLY MUSIC AMERICA

“the Bach-Busoni Chaconne was invigorating, and the perfect sendoff to intermission”
“he delivered superbly, particularly in the Schubert B-flat Sonata, D. 960….the Schubert brought the house to its feet”
ST. LOUIS POST-DISPATCH

“Hearing the Appassionata recorded by Stephen Porter on an 1827 Graf instrument from the Frederick Historic Piano Collection is unforgettable — in how the music utilizes the distinctive registers of the Viennese pianos of that time (lost on modern pianos), and in how the ending seems almost like an assault on the instrument, which struggles to contain the music.”
BEETHOVEN:  ANGUISH AND TRIUMPH, by Jan Swafford

“a revelation…simply spellbinding…Mr. Porter let us have infinite Debussian shadings and pulled off that tough feat of establishing planes of seemingly free motion atop a profound, bedrock pulse.”
“Stephen Porter has a thorough knowledge of and clear affinity for Claude Debussy’s Préludes…masterful”
“Porter’s understanding of the internal components of the pieces allowed him to bring out the fine nuances — the sense or feel of the sources, the hidden tunes…everything is graceful and appropriate”
BOSTON MUSICAL INTELLIGENCER

“Thursday morning a concert-symposium on Schubert and the piano culminated in an extraordinary recital by Stephen Porter… the great B-Flat Sonata, in a many-sided interpretation which explored both the song-like aspects of the work, as well as its harmonic and structural elements…the slow movement, broad, grave, and not without its despairing moments, was especially moving… his sense of timing in the coda was perfect, bringing the monumental sonata to a close appropriate to its scale, nobility, and emotional depth…a compelling and moving performance.”
BERKSHIRE REVIEW

“it was Stephen Porter who made his performances very good indeed, especially of the extraordinary final piano sonata [Beethoven Op. 111]. Porter’s effortless execution of the score, including beautifully conceived pedal work and poetic understanding of the dynamic and color possibilities that vary from one register to another made this a transcendent experience. Late Beethoven at its best is indescribable, as was this performance. Everything else on the program was worth hearing; this was a once-in-a-lifetime experience.”
NEW YORK ARTS

“the climax of that final sonata [Beethoven Op. 111] reached the level of sublimity for me, and I was not alone.”
“the challenges of Liszt’s monumental Sonata in B minor were easily met by Porter with confidence and without any gratuitous demonstrative gestures”
“a truly fine program superbly played with an amazing sound…the performance was simply stunning”
BOSTON MUSICAL INTELLIGENCER

“His playing, fully exploiting the qualities of the Steinway and the intimate space, was beautiful because of its eloquence and the way it drew our attention to the beauty of Debussy’s music, never any kind of generic impressionistic prettiness. On the other hand, he avoided the percussive, glassy tone some other pianists use when they are making an effort to avoid that clichéd ‘impressionistic’ playing.”
“it was his playing and his musical interpretations which made the evening such a powerful revelation”
“Porter played with special clarity, as if the voice of the composer were speaking to us.”
NEW YORK ARTS

“This performance [Schubert D. 960] astonished me with its appreciation of the pianistic details of the work on an instrument which was truly suited to the writing, as well as its deep understanding of music which explores the breadth and depth of a great soul—Schubert’s.  I had not, and I certainly have not since then, heard a better performance of this work since Alfred Brendel’s retirement.”
NEW YORK ARTS